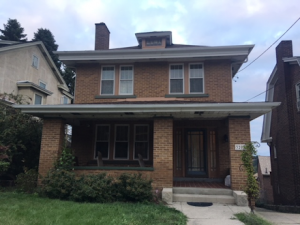 Have I told you that I’m moving? Now that the holidays are over, I can think of little else! On the 23rd of January, we’re moving the whole Barnicott operation – not just our personal home, but my studio as well – to our new location in Brentwood.

Though preparing for the big move has been a lot of work and perhaps a little stressful, I have to say it’s still very exciting.

The reason for the move is that on January 31st, Tom will officially retire from the church after 36 years of ministry. Of course, he’ll never truly leave it behind. When you’re called to the ministry, it’s a lot like finding your passion as an artist – your calling is always a part of you. But in the months and years ahead, Tom will have more freedom to explore the other aspects of who he is as a person. I’m really looking forward to sharing this next chapter of life with him. 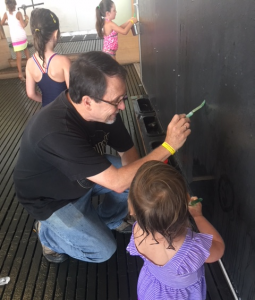 Tom once told me that one of his fantasies has always been to work for the Pirates. That didn’t surprise me at all – he’s a lifelong baseball fan.

I remember once coming home and scrolling through the messages on my answering machine (you know, those boxes they used to have before voice mail was invented? The ones that sat next to your phone and blinked when you had a message?). I saw that I had a call from a “Nelson King,” but not being a native Pittsburgher and not really a sports fan, the name didn’t ring a bell.

Mr. King wanted to come to my studio and get advice on putting together a lithograph of his work to sell. I returned his call, and we agreed he’d come over that Thursday. When Tom came home that day, I mentioned that a fellow by the name of Nelson King was coming over. Tom clutched his chest as if he were having a heart attack! “NELLIE KING!!!???” he yelled… “I’m canceling my meeting, and I’m going to be right here when he comes!”

That’s right… my “Mr. King” was the beloved Pirates announcer (and former pitcher) Nellie King, one of Tom’s boyhood idols. 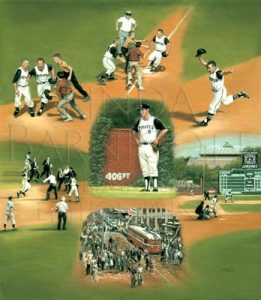 So needless to say, when I started my project with Bill Mazeroski, Tom was over the moon. Each time we got together with Maz to sign a set of prints, Tom was practically glowing. You might even say visions of peanuts and Cracker Jack (which, in fact, I put in his stocking this year) danced in his head…

Not many of the Maz signature prints are left, and sadly, several were destroyed in our last move (which is why I’m hand carrying every single piece of art to our new home). However, I have about 50 left with his signature and HOF01, which stands for Hall of Fame 2001. When they’re gone, they’re gone, so if a signed Mazeroski print is something you may want to give (or receive!) this year, this is the time to get one.

Once I get settled in at our new home/studio, I’d love to have you stop by! If you’re in town, just give me a call and come visit. Being right on Brownsville Road in the middle of Brentwood is exciting, and there’s plenty of parking.