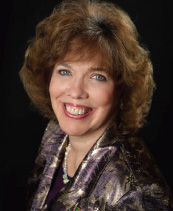 Linda Barnicott began her career as a portrait artist in 1975. Today she is beloved and sought-after for her enchanting portraits of Pittsburgh. Using rich pastel colors, she captures the unique beauty of famous Pittsburgh scenes with a charm all her own. It began in 1989 with the now-famous tribute to downtown holiday shopping entitled “Meet Me Under Kaufmann’s Clock.” The work immediately won the hearts of Pittsburghers, who have been meeting friends under the clock downtown for years. From this work Linda created several series of Pittsburgh landmarks, capturing warm memories that are loved by generations. In 1995, she began painting a collection of Kennywood Park scenes that has become even more popular. Since then, she has brought to life the magic of every amusement park in the region, including Story Book Forest, Idlewild Park, Sand Castle Water Park and West View Park, which closed in 1977.

With roots as a portrait artist, Barnicott includes family members and friends in every painting. “If you look carefully, you can watch my daughters grow up over the years, starting with the Kennywood Series,” says Barnicott. “And my husband appears in just about all of them.” Barnicott begins each piece with photographs of the scene. She takes family and friends with her, setting up their posed positions. For example, in staging her Kaufmann’s Clock painting, they gathered on a blisteringly hot July day, in full winter’s clothing, to pose for the new image. Not long after that, to create the desired image of a couple in one of Kennywood’s historic aluminum rowboats, she posed them on a wooden bench in their backyard. The husband held a rake and a hoe instead of oars. After a little Barnicott magic, the two now float peacefully on the water in “Coasting Through Kennywood.”

Barnicott was chosen to be the official artist of the 1996 Three Rivers Regatta. Since 1998, she has been commissioned by the American Cancer Society of Greater Pittsburgh to create the painting used on their annual holiday card. In 2000, Barnicott received a special Proclamation from the City of Pittsburgh, commemorating her “tremendous contribution in capturing and preserving many sites in and around the Pittsburgh Area.” This is an honor she holds dear, as a largely self-taught artist. However, over the years Barnicott has been privileged to study occasionally with some of the greatest artists of the day including sessions in 1981 and 1983 with the internationally-acclaimed portrait artist Daniel Greene. She also studied landscape painting with master pastel artist Richard McKinley in both 2010 and 2011. These brief workshops enriched her ability to create peaceful landscapes full of vibrant color.

In 2006, Linda’s company, Linda Barnicott Publishing, LLC, was chosen as a winner of the prestigious 2006 Forbes® Enterprise Award. In March of 2008, she was honored to be a featured cover story of the national magazine, “Professional Artist”. In 2010, Barnicott began an amazing partnership with Wendell August Forge. Based in Grove City, Pennsylvania, these artisans are known for their exquisite hand-made metal work and are currently creating a beautiful collection of ornaments from her beloved paintings. She also was invited to become a member of the esteemed Salmagundi Club in New York City, one of the oldest art organizations in the country.

Barnicott‘s work has been displayed at the Oncology Wellness Institute in Meadville, PA as part of their holistic approach to cancer treatment. With its ability to create a sense of calm and nostalgia, patients receiving chemotherapy experienced a reduction of stress, thus enhancing the treatment’s effectiveness. In 2011, she was asked to be the exclusive artist for the new West Penn Allegheny Outpatient Facility in Peters Township, providing this facility with over 50 paintings. Patients often shared comments such as, “I just walked down memory lane” and “They are a wonderful distraction from things unpleasant.” That same year, Barnicott was honored to partner with Healthy Lungs Pennsylvania to develop their annual holiday print and ornament.

Barnicott’s two landscape series, “Beautiful Beyond Pittsburgh” and “Pennsylvania’s Route 6,” are represented by Arts for Everyone and her work is often highlighted through this organization. She is currently painting landmarks in other American cities which can be viewed on her website.

Each year, Barnicott’s endearing scenes become more popular. Her paintings and collectibles are sold worldwide on the internet and appear in well over 50 regional galleries and gift shops. She loves talking with her clients and hearing the memories that her paintings evoke. She participates in numerous art shows throughout the year and has a calendar of events on her website. Barnicott’s studio is in Brentwood, Pennsylvania where she lives with her husband. You can visit an online gallery of all of her paintings at www.lindabarnicott.com.