Saying Goodbye to a Piece of Pittsburgh History 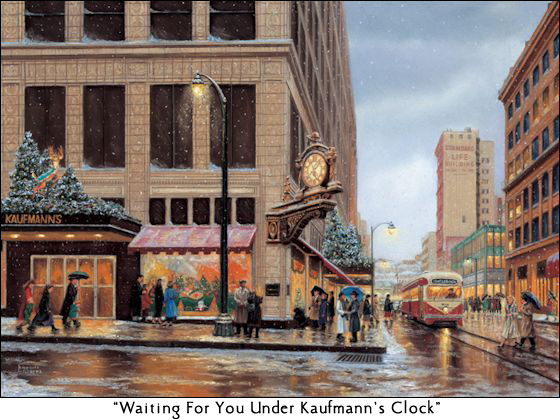 This week, my blog was supposed to be about my amazing event Wednesday morning at Kane Glen Hazel, but when it was announced that the Downtown Macy’s (formerly Kaufmann’s) was closing forever, I knew there had to be a change in plans.

When Macy’s announced this week that they were selling the building and closing their Downtown store, I’m sure that, like me, you were saddened at the loss of a lifetime of traditions.

For me, it was always about the “Big Three,” Gimbels and Horne’s, but especially Kaufmann’s/Macy’s. Nothing compares to those holiday window displays along Fifth, Forbes, and Smithfield, with KDKA broadcasting live and fond memories of Jack Bogut and his Farkleberry Tarts! (“Start your heart, eat a Farkleberry Tart!”)

As a young artist, I remember asking the late Jess Hager, another Pittsburgh artist, about whether I should create another painting of Kaufmann’s. He told me I should paint as many as I wanted to, from every angle. Little did I know how many times Kaufmann’s would appear in my paintings!

Over the years, I went on to paint five big paintings of the store, and it appeared in two other paintings as well:

“Holiday Memories under Kaufmann’s Clock” was painted for the non-profit Breathe Pennsylvania after my conversation with director Jack Rupp. I told him I would paint anything for him in Pittsburgh, and his response was, “Well, I thought maybe you could paint Kaufmann’s.” I told him, “I could paint it in my sleep!” 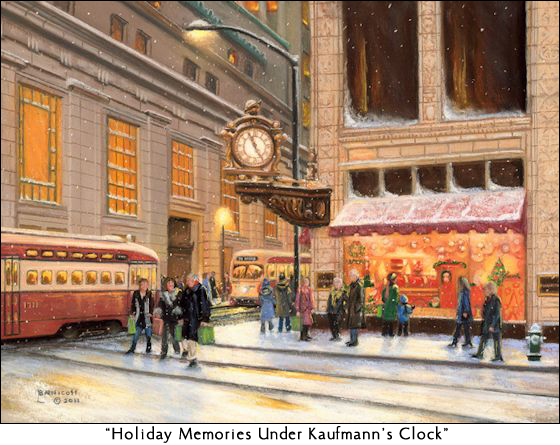 Kaufmann’s also appears in “Mazeroski’s Magical Moment” in the celebration in the bottom panel of the painting. Maz said it’s his favorite part of the painting because he and his wife first met under Kaufmann’s clock for a blind date. 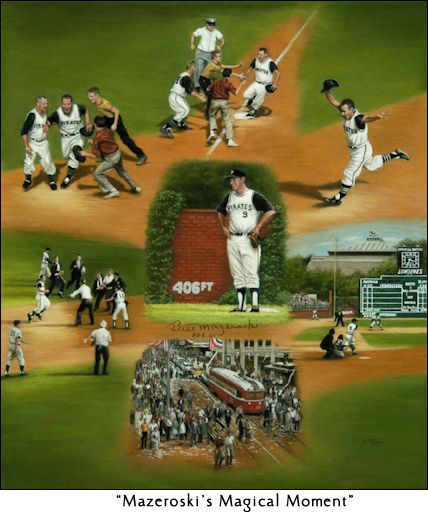 I was asked by Macy’s to paint a piece for their celebration of the 100th Anniversary of Kaufmann’s Clock at Macy’s entitled, “Celebrating Time and Tradition at Macy’s.” They even put it on the Downtown store’s shopping bags as well as on giftware. 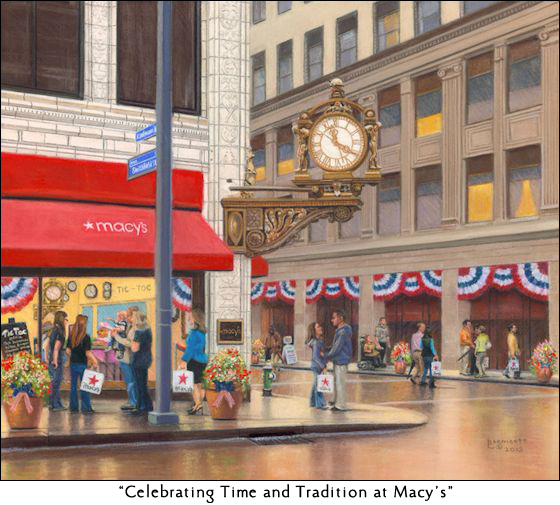 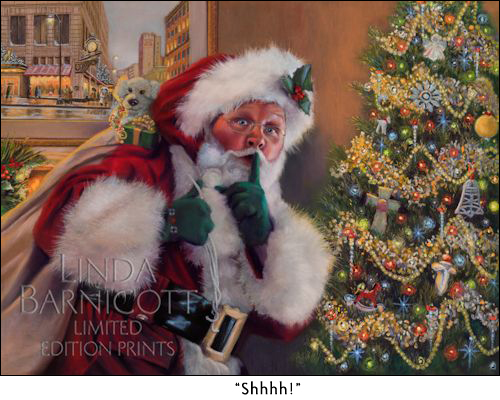 I will truly miss the big store where my husband Tom took our kids year after year on a special Christmas shopping trip for pick out a gift for their Mom. Though Kaufmann’s has seen its last holiday windows, I hope my paintings will help keep those warm and fuzzy memories alive.

P.S. – Wouldn’t you like to remember Kaufmann’s and get a piece of Pittsburgh nostalgia for your very own? Visit my Prints For Sale page or call my studio at 412-283-4072 to order while supplies last.