At 9:55 a.m., they told us the historic Downtown department store, the former Kauffmann’s flagship, would be closing 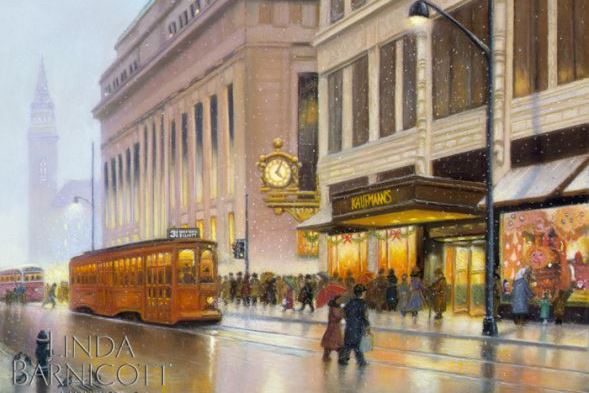 I was in the linens stock room, putting electronic inventory tags on bath towels, when everyone was called to an urgent meeting. As we gathered in the half-light on the fourth floor, I could tell something big was up: There were Macy’s officials I’d never seen before. Our store manager took a deep breath to steady himself, raised a sheet of paper and said, “I’m going to have to just read this.” He then recited the official announcement of the store’s closing.

There were gasps from the group — we had been expecting another downsizing, but not an outright closure. As people started murmuring, I felt the need to mark the time, as though this were that fateful moment when the Titanic hit the iceberg. My watch read 9:55 a.m., and in five minutes customers would be coming in, oblivious to the distressing press release just now going out over the Internet. Then the store’s lights came fully on and sales associates grimly dispersed to their cash registers.