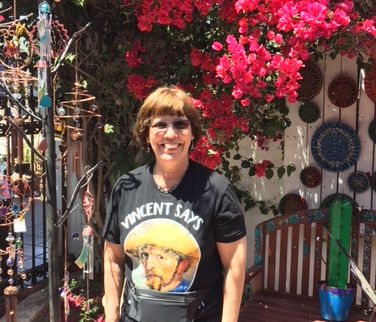 Vacation must really agree with us – Tom and I are super relaxed and enjoying our time away. A change of scene is something I highly recommend for everyone. Even if you can’t leave town, just spending some uninterrupted time with your loved ones is energizing for your spirit.

Sometimes you’re lucky enough to have a great vacation experience that stays with you for the rest of your life. Other times you might have an experience that’s memorable… but for the wrong reasons!

This actually isn’t our first visit to La Jolla. We vacationed here once many years ago when our children were young. At that time, I thought it would be a terrific idea for all of us to try kayaking together. Boy, was I excited! We paid close attention to our kayaking lesson, and we were sure it would be a cinch. We decided that Tom would take Alyssa since she was so small, and I would take Britt.

The plan for the kayak tour was to go out to the marker, then turn toward La Jolla’s caves. We would do a three-point turn inside the cave, and then we would all paddle back out to the marker and return home together.

But I knew we were in trouble before we even got over the first wave.

Tom and Alyssa paddled as straight as an arrow and soon made it out to the marker with the others. Britt and I, however, couldn’t keep our kayak straight no matter how hard we tried. We tried paddling and then counting and paddling. We were hardly making any headway and were soon exhausted. I had a feeling it would take us so long to get to the marker that we’d have no time to rest like everyone else, and they would take off for the caves and leave us lagging behind again.

Sure enough, we were the last to reach the cave, as Britt and I straggled in, worn out and embarrassed. Just as I had feared, everyone else had already started the return trip, leaving us to fend for ourselves. For a moment, I thought to myself, “This is how people get lost at sea.”

Somehow, maybe just by instinct, we finally made it back. I developed a much greater respect for the ocean that day… And I never set foot in a kayak again!

Now, wasn’t that a nice story?

The stories behind my paintings are much happier ones – and often just as memorable! If you’re in the market for a meaningful personal gift for someone you love, I’ll be returning home in a few days, ready to help you pick out something special.

Meanwhile, today is the first day of summer, which means… it’s festival season! Mark your calendar for July 5th through 8th for the Westmoreland County Arts and Heritage Festival (also known as the Twin Lakes Festival). I’ll be returning this year, looking forward to being out and about… and maybe even seeing you? 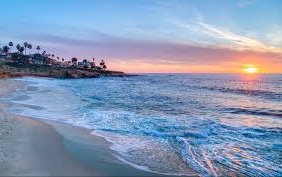 I still think La Jolla and its ocean may be one of the most beautiful places on Earth, but I’ll stick with my Three Rivers.  See you back in the Burgh!